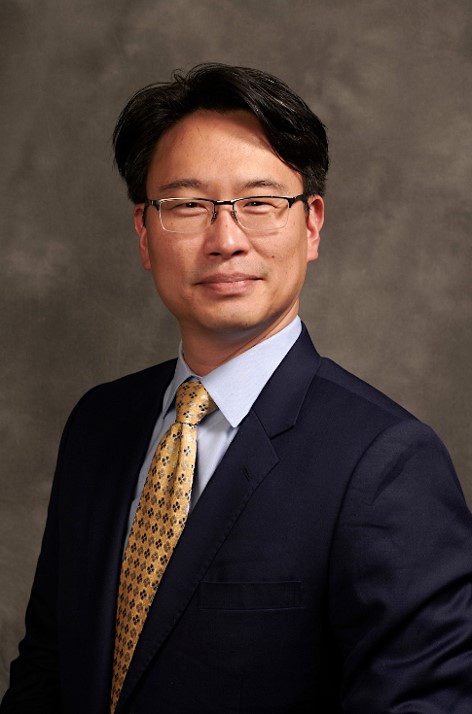 Albert H. Kim (AB Harvard 1994) is currently a neurosurgeon-scientist and Associate Professor in the Departments of Neurological Surgery, Genetics, Neurology, and Developmental Biology at Washington University School of Medicine. After growing up in Queens, New York and northern New Jersey, he went on to study modern Chinese literature at Harvard University and then completed MD and PhD degrees at New York University School of Medicine. After neurosurgical training in Boston and Miami, he landed in St. Louis, where Albert is a practicing neurosurgeon focused on the management of complex brain tumors, both malignant and benign. He is also a National Institutes of Health R01-funded investigator of a basic science and translational laboratory interested in understanding brain tumor cell behavior. A major goal in Albert’s lab is the identification of the mechanisms that sustain brain cancer stem cells, a cancer cell subpopulation which is therapy resistant and responsible for tumor recurrence following treatment.

Albert enjoys teaching neurosurgery, both locally to residents and medical students and more broadly to the neurosurgical community at national meetings. His love of education has taken an unexpected turn in the form of medical theater. In 2014, his colleague Dr. Eric Leuthardt and he wrote and performed a play called Brain Works, which tells the real story of an individual with a brain tumor and how neuroscience plays an important role in everyday events as well as during disease. The production aired on the Nine Network and received a regional Emmy Award for Informational/Instructional Program in 2016. Albert and Eric are busy writing Brain Works version 2.0 for 2019.

Albert loves to spend time with his wife, daughter, and their two Shiba Inu dogs. His interests include cooking and listening to Bach, at home and in the operating room.